A few months back, when I had first met Bill Esparza of Street Gourmet L.A--getting lost in a conversation over regional Mexican food and Tequila--I knew me and him were going to be good friends. So far, the only other Latino food blogger I ever met in my life here in L.A. 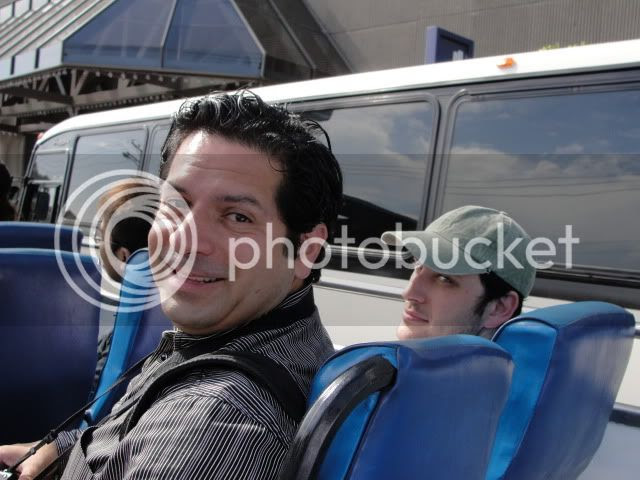 It was then he had also shared with me his idea of holding a food trip down to Baja California, to dispel the publicized negative reputation that has grown synonymous with the sound of the initials: "T.J". The true Tijuana is not that. Tijuana is a sincere city of deliciousness and diligence, tasted through the curt food vendors as they serve you their humble offerings and seen through the loyal police authority as they patrol around the streets peacefully. It was time to start the assimilated Mexican culture revolution...beyond ill-conceived beliefs of 'pandemic influenzas' and rice-filled Burritos of American descent. 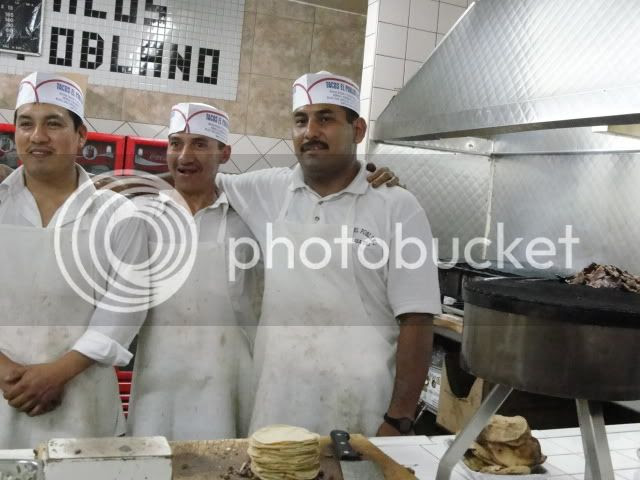 The time was now, thanks to Bill and his austere efforts with Jahdiel Vargas(director of Cotuco), and Rodrigo Caballero of the Crossborder Business Group , a food media trip with about twenty five participants took place this last weekend, from Thursday night to Saturday night, fellow bloggers Mattatouille, Food GPS, Gourmet Pigs, Eating L.A, gast*ron*o*my, LA-OC Foodventures, Pleasure Palate, Man Bites World and seasoned writers such as Barbara Hansen and Nancy Zaslavsky as well as restauranteurs Ramiro Arvizu and Bricia Lopez gorged and drank ceaselessly to better apprehend the concept of Baja California Cuisine.

Scoring an actual Crucero bus to cross us south of the border; it was not long (two and a half hours) before it had begun. 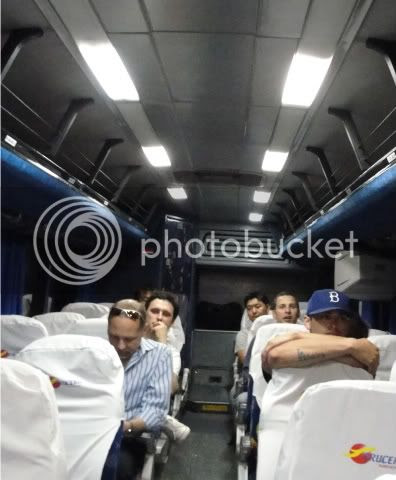 To break us in, our Mexican Sherpa decided to set us straight with probably the top misinterpretation of L.A's Mexican street eats: The Carne Asada Taco. 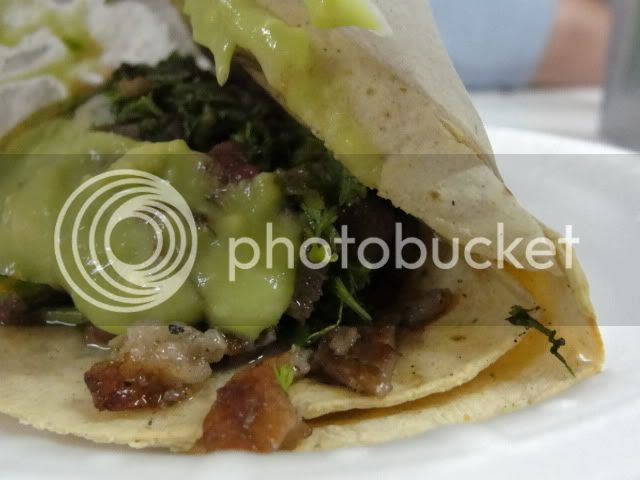 Usually passed as an over-marinated, tough single flap meat cut, the tacos at El Poblano are comprised of actually 3-4 different cuts of meat, including chuck, loin and round. 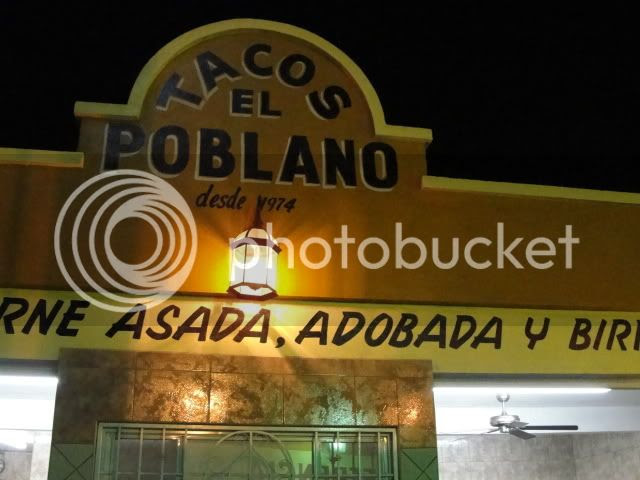 I noticed a couple of patrons ordering Tostadas, the toasted, almost burnt Tortillas that remained on the grill for too long... a delicacy to some, including me. 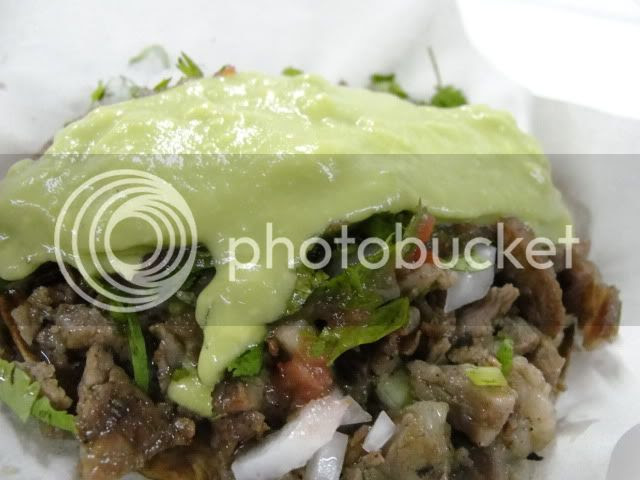 They had their taco-slinging technique down to the bone, as they grilled, chopped, passed, sauced...bam! I've never seen so many bloggers served and satisfied so quickly.

Two tacos in, I was good, given that it was one hour before midnight and I was in a country where 18 is the legal age to drink, I knew I mustn’t be haste, the night was ever so young and this was only the beginning of the night...let alone the actual trip. 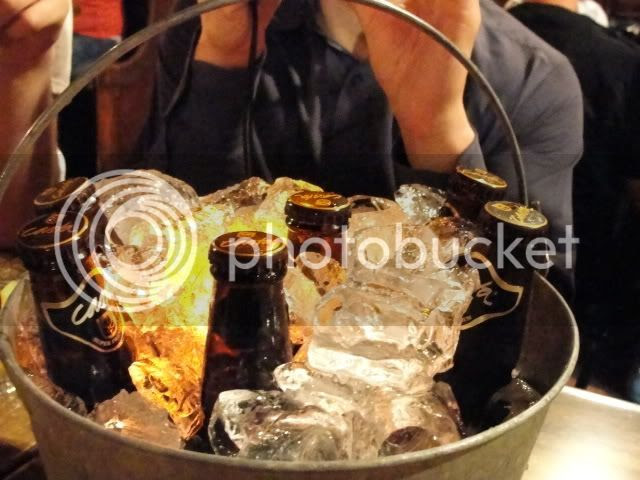 A couple dark brews later consisting of Casta and Modelo Oscura, this event seemed almost unreal. It was actually happening... 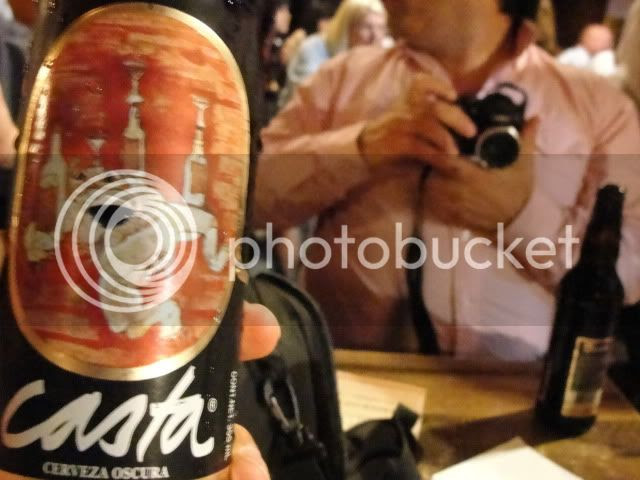 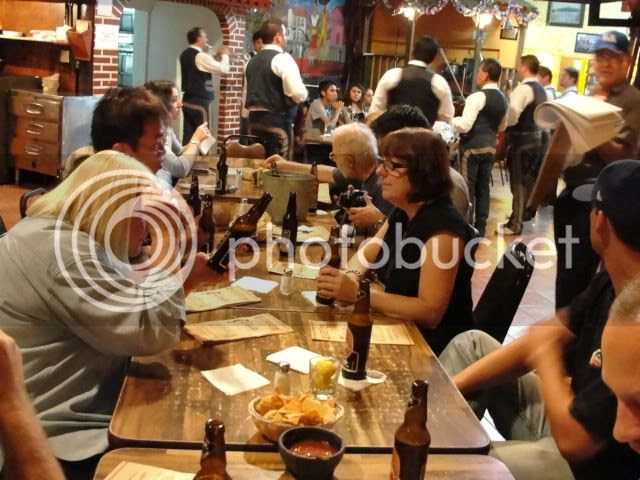 Taco's and Beer's in, everyone was definitely ready to crash, they all needed as much precious rest as possible, if they were to survive the next two days. But rest is something the Glutster must sacrifice for the name of good food and fun.

Sneaking out with Noah Galuten and a couple of devious others after everyone was tucked in at Palacio Azteca, we appreciated Tijuana's night life splendors until the early 4:30 AM dawn, just two hours before I was supposed to go pick up a self-driving joinee at the border in the morning.

It was worth it, I led Noah to sample bonus bites of beef Birria tacos and a real burrito, slender and light with a filling of only stewed Chicharron. 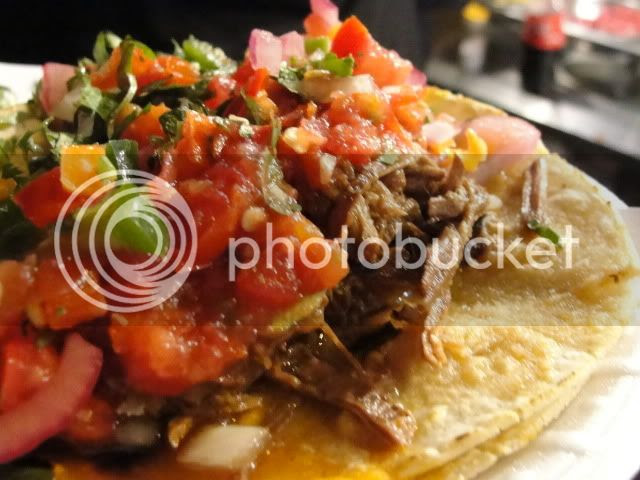 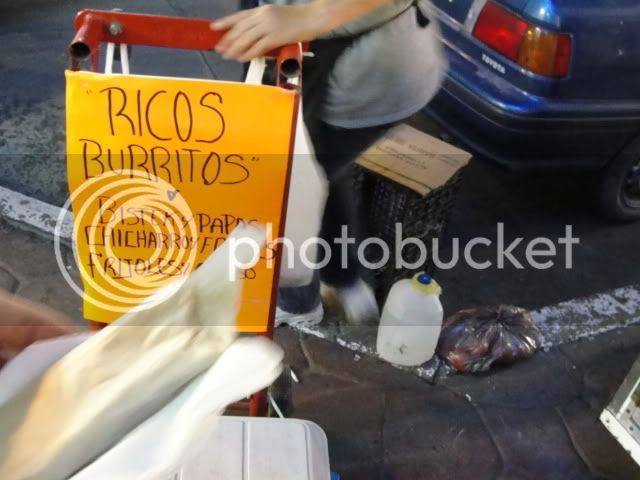 Two hours later, I was up and ready for anything, and I meant anything...

Great Part 1, Javier. This was the part of the trip that I wasn't a part of so it was nice to see the pictures and write-up and see what I missed!

You should have come out Anna. Javier, an auspicious beginning.Can't wait to hear the rest.

This is so cool! Can't wait to see the rest!

Javier, you were a tremendous resource this weekend and a just a great dude, too. Wouldn't have been nearly as good without you.

The top photo of Bill, or Guillermo as you say, is perfect!

Exciting. I doubt I'd get anything this authentic if I ventured across the border myself. You've always been my go-to foodie Mexican, Javier

Javier - this is wonderful. It brought the weekend alive, as if I were still there. How on earth did you manage Fiday after only 2 hours sleep? You are amazing.