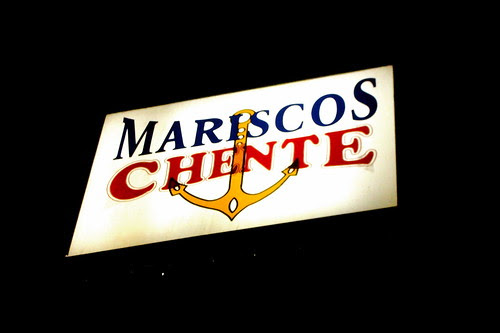 I remember when Bill of Street Gourmet L.A first told me about this place. He would tell me about how Sergio, the Sinaloan cook was doing some damn complex sauces like no other chef in town. He would tell me how Magdalena, the Nayarit born owner and mother in Law of Sergio would go a couple of times a month all the way to Mazatlan just to get the utmost freshest seafood, since they both simply did not like what was readily available here.

And I remember the first time he brought me there, maybe half a year ago, and being blown the hell way. It must of been the first time I pleasurably ate shrimp since an unfortunate Charroleada incident in San Pedro (Ports-O-Call) where I had eaten a WHOLE tray of their "you buy we fry" Shrimp Fajitas, followed by a condensed-milk-stuffed Churro and then popcorn and then ugh.

These Mazatlan shellfish are somehow meatier and sweeter, rather than snappy and blandish like the associated rest. Of course, masterful sauces only elevate these properties such as Camarones Borrachos where the emulsified sauce is elaborated with a couple dashes of some Tequilita, even the basic ground pepper preparation en pimienta conjured deep feelings of swoon.

A couple of months back, they had unveiled a couple of new tricks up their sleeve: 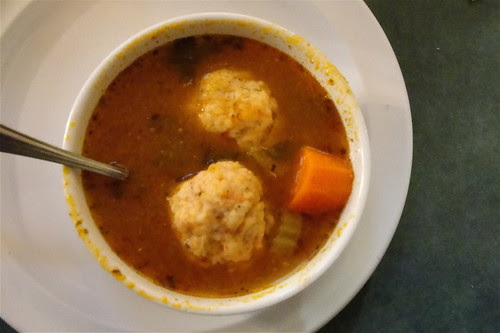 A seafood rendition of the Mexican soup meal classic of Albondigas, the rustic broth is loaded with celery, carrots and aromatic of shrimp shells. A pleasant sting is courtesy of ground Jalapeños, tomatoes and cilantro. The shrimp-only meatball's are bound only by egg yolks and nothing more, which results in a firm, snappy bite.

Taco unveilings always excite me, here, the shrimp and fish varieties were decent if I hadn't been spoiled by the ones we had in our Taco Task Force: Fish Taco Edition, a different style here with a thin breading, thinly shredded cabbage and a homemade 1000 dressing. 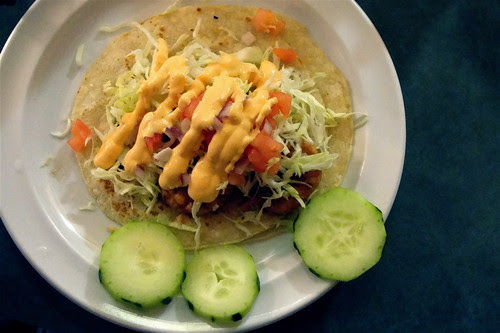 Fish Taco: Love Me That Mayonnaise 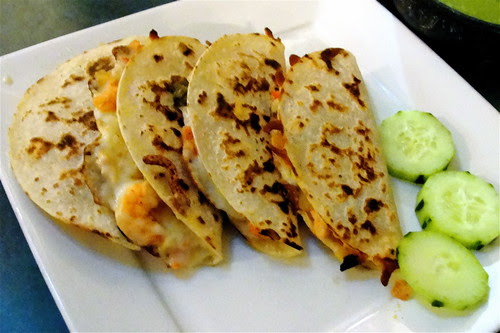 Tacos Gobernador: To Govern The Rest

More soups that were showcased included a a nuanced Halibut soup filled with bone and skin on hunks of fresh, meaty Halibut. 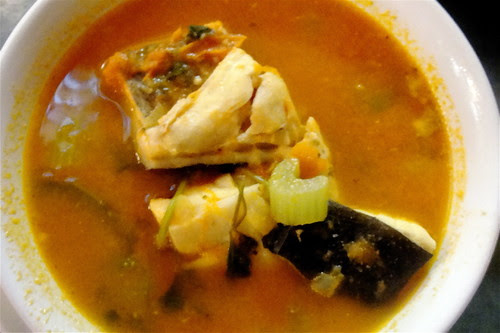 A Mixta brought forth more of that on shrimp, this time head on though, along with chewy octopus and more of that thick cut whole halibut. The broth here was also tomato based but without the Jalapeño heat. 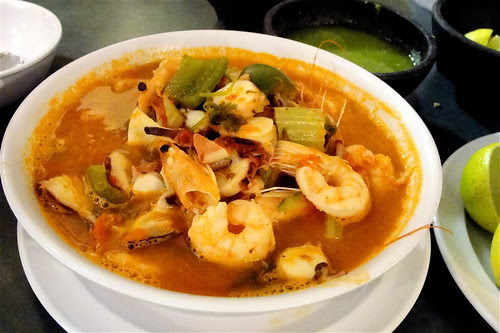 But all this only digresses from what I think is the restaurant's real star, the Pescado Zarandeado. 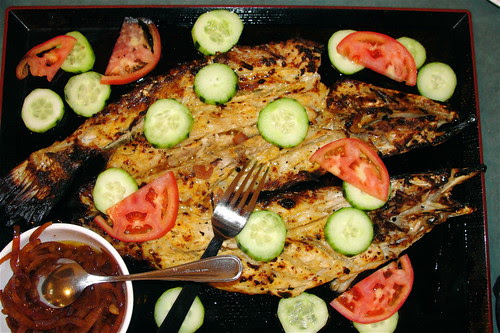 The Robalo (Snook) Fish is also some "the goods" that Magdalena sneaks in, and when rubbed with Sergio's emulsified fruits of labor, tis' like no other fish in town. Soy sauce, mayonnaise, chilies, Maggi Sauce, Salsa Inglesa (Worcestershire Sauce) and sauteed onions blended into a alternate reality of Umami. Its an ugly fish and skinny at that, with a Piranha-like stare, but looks aren't everything; an unparalleled, committed flavor is priceless nowadays. 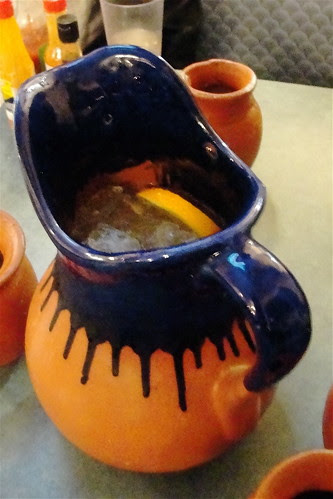 A Paloma (Mexican Squirt, Rock Salt, Grapefruit, Tequila) is Mexico's unofficial national cocktail, after one sip you can't stop (literally, salt only makes your thirsty for more!) And here, its served virgin and with the dirt taste notes of a Jarrito De Artesania, a handmade clay pot found commonly around Mexico in county fairs and events.

Snook and Tequila, the good things in life.

also in Inglewood
10020 Inglewood Ave
Inglewood CA 90304
No Pescado zarandeado at the Inglewood location and different chef.
written by glutster at 7:03 PM

"fire grilled satchels of joy"? i must go!

shopeatsleep: yeah, you could really taste the smoke. And grilled onions and melted cheese? I think we are all familiar with that tasty marriage ;)

mlb: thanks! I'm finally looking into getting a dslr so should only be getting better!

Second what Jo said - I want that Gobernador! And not just because of the awesome name! ;)

I echo everyone else's sentiments -- tacos gobernadores for the win!

Diana, Bup, Weezermonkey: they almost have a hot pocket sort of guilty pleasure feel when you're eating them because they're so good! ha ha

Outstanding post, my friend. Love the snook and the soups. And BTW, anyone who quotes the DK's is ok by this old man.